Who is the two-time World Crazy Golf Champion

Marc Chapman is based in Canterbury, Kent. His nickname in the world of competitive miniature golf is ‘The Force’.

Having previously won such high-profile titles such as the 2011 Masters and British Open, he retired from competing on the regular British Tour at the end of 2012.

He came back to win the World Crazy Golf Championships for the first time in 2018, to great acclaim. He successfully retained the title in 2019.

During the Covid-hit 2020 season he won his first national individual title – the 2020 British Minigolf Championships in Strokes Adventure Golf in Margate, Kent.

Marc did the ‘three-peat’ in 2021, winning the World Crazy Golf title for the third successive time! 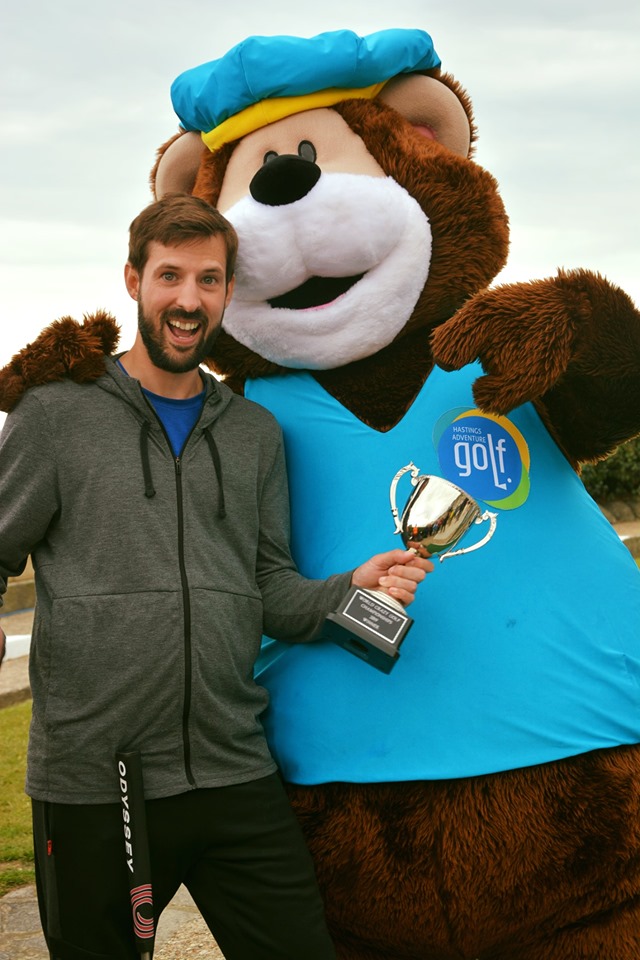 Played for the Great Britain Minigolf Team 6 times in the UK, Italy, Sweden and Portugal at major international tournaments.

Legendary all-time great of the game

A five-time Major Winner – only the second player to have won all 3 UK Major Championships – ‘The Triple Crown’.

Has competed and won individual, doubles and team national titles. This shows his great all-round skill at the sport of Minigolf.